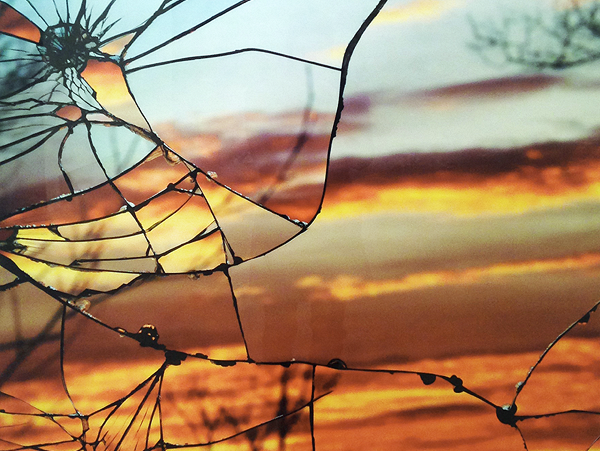 “I can’t see another day.
I can’t face another hour.
Let the night rain down around me.
I’m done.
I don’t want no sun.”

I knew something was wrong when I couldn’t stop playing this song. It spoke to me, singing my life, shaking its tambourine, amening along with every weary sentiment. I haven’t been able to write anything for this faith blog for months. Truthfully, I feared I was becoming agnostic. And I might still be.

These lyrics come from “Sun,” a soulful ballad by Lalah Hathaway from the film For Colored Girls. I personally identify with them because they describe someone who’s been broken… one time too many. It’s not that I don’t want sunshine, rainbows, bacon, and everything else good in life. I just don’t want false hope. I’m so much against false hope that I’m willing to abandon all hope if it guarantees I won’t be disappointed.

“I’m not looking for a sign.
Don’t promise me a change.
You can leave me here in silence.
I won’t run
‘Cause I don’t want no sun.”

According to a close friend, I’m not without faith, I’m just extremely cynical. Maybe he’s right. I’d like to believe, but disappointment is expensive. Emotionally, I don’t feel like I can afford it right now. Belief is a luxury item. It’s only for the rich in spirit. Faith is for upper-crust Gwyneth Paltrows who wouldn’t last 4 days on food stamps.

I kinda believe… I kinda don’t. And yet a third of songs I listen to are still Christian in content or nature. I still tithe faithfully to a church I have little interest in attending. Most surprisingly, I still deign to pray for people. I might even do it with fervor and weave in relevant scriptures I’ve somehow not forgotten.

Praying for people is like buying them a lottery ticket. Maybe they scratch it off and nothing happens. Or maybe they come into hundreds of thousands! Or maybe it’s just enough to purchase another lottery ticket. If faith is a gamble, most Christians sustain themselves from lottery ticket to lottery ticket. As for me, I have never been a gambling man.

A preacher told me a Bible story about a childless woman who was kind to the prophet Elisha (2 Kings 4). In gratitude, Elisha prophecies the woman will bear a son by the next year. The woman promptly freaks all the way out saying, “Hold up, Elisha. Why you teasin’ me? Stop playin’. That s**t ain’t funny.” (I’ve paraphrased somewhat.)

True enough, she bears that son, but some years later, to her horror, the child suddenly dies in her arms. In fury, she travels back to Elisha saying, “Did I ask you for this? Hmmm? Didn’t I tell you not to get my hopes up?” I identify with her as well. She was clear from the start. “I thought I told you I don’t want no son.” What she really meant to say was, “I never wanted to go through the pain of losing a son. That’s why I didn’t ask for one.”

“There’s solace in the dark
I’m blinded to the pain
But the dawn always remembers that it’s gonna come
But I don’t want no sun.”

Later in the story, Elisha manages to bring the boy back to life and return him to his mother, but what a rollercoaster in the meantime. To believe is to sign oneself up for dizzying highs and plummeting lows. That’s some scary stuff that I’m not ready for yet. “But everybody loves the sunshine! Folks get down in the sunshine!” Yeah. That’s great. Thanks. Maybe another day.