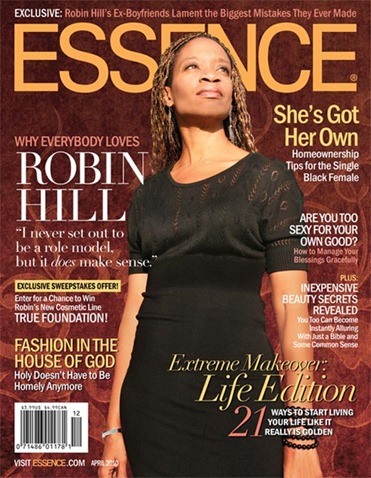 In Part 1, I detailed how Robin’s death worked to free me from shackles I didn’t even know I was wearing. That would have been good enough. But there was one more gift… inside a gift inside a gift, like a Russian nesting doll.

It began as a reunion with an estranged friend while at the hospital. Paris* and I hadn’t had a good conversation in years. After her divorce, she left the church we all co-founded together in a cloud of petty rumors, resentment, and hurt. I didn’t know any better, so I let her drift tacitly away.

But the time of reckoning had come for us both. I was at the hospital because of an unspoken promise to Robin. And Paris had a crippling fear of anything to do with death. While sitting around a hospital bed, we caught up, laughed, prayed, worshipped, and watched Robin’s breath go from shallow to imperceptible.

The memorial was beautiful. No casket. Just portraits of Robin proudly perched on easels. It was harrowing though. Afterward, we were emotionally rubbed raw. Paris asked me for a ride home, so we could enjoy a comfortable silence. END_OF_DOCUMENT_TOKEN_TO_BE_REPLACED

Whenever you come in contact with someone you were once intimately close to but now are virtual strangers, interesting reactions happen. You remember the good things and the bad things. One usually rises to the surface. Sometimes both swirl together unpredictably like iridescent colors on an oil slick.

When a goal has both positive and negative aspects that make it simultaneously appealing and unappealing, it’s called an approach-avoidance conflict. I am traditionally bad at these. Exes almost always bring them up. END_OF_DOCUMENT_TOKEN_TO_BE_REPLACED

I’ve thought about it often. The scenario loops in mind. It starts a few moments before my heart got broken, but plays out differently this time. Originally, I didn’t know what hit me, but this time I’m ready. My senses are keen. I discern when I’m being patronized, snowed. I know the true words from the constructed pictures. I know the sincere smiles from those stiffly pasted on top to keep me dawdling unawares. This time I’m nimble for the moment when I should parry. This time I’m just out of their weapon’s reach. Prescient of my opponent’s next move, I counterstrike and draw both blood and surprise. I pause and turn up a corner of my mouth taking in the surveyed victory.

Had my reality played this way, I wouldn’t have lost my power. So much might not have fallen out of balance. I would not have become a victim and someone’s casualty. As I step away from my imagination, I notice in running this scenario that my muscles have tensed, shoulders tight having not yet left the fantasy. My brows have furrowed and jaws clenched without prompting. The conflict has become so real during this mental exercise, that if the assailant were to appear before me physically, I could easily burst into a commotion of bared teeth and hurled furniture, expletives zipping through the air like throwing knives. It ain’t all good.

There’s just a moment to break myself out before the scene replays again from the beginning, folding another layer over on an already rugged anger. My conjured emotions have produced an ire that is very present and sizzling hot to the touch. The way I’ve rehearsed this vindication so well for so long, I become more and more confident in my ability to perform it. That scares me. That’s not the performance I wanted to perfect. I was supposed to forgive.