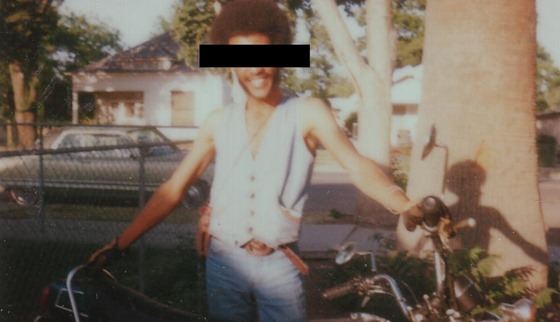 Father’s Day is always weird for me. I never met my father. He died before I was born. My sister and I used to debate which is worse: a bad dad or none at all. I would argue, “At least you have one!” She would counter by reminding me hers was a lying, abusive, philandering absentee. And really, that won the argument. But I would still smirk to myself, “At least you know.” I hate not knowing.

In a way, I know my father well. I’ve studied everything about him. I have his personal items. Old records, military effects, and photos from infancy to adulthood. I know the sound of his voice from audio letters he sent while stationed in Okinawa.

I’ve interviewed countless family, friends, and co-workers about him. Cousins told me of his wicked sense of humor. An aunt said he was always kind. My mother said he was even-tempered and accepting. Former co-workers lauded his intelligence. Friends told me he had a way with the ladies.

Like my mother’s advice on taking tests: “Don’t leave the answer blank. If you don’t know, just make something up. It might be right.” So I spent my life making my father up. I even got help once.

END_OF_DOCUMENT_TOKEN_TO_BE_REPLACED

In Deuces, I stated reasons I left the church I co-founded after 8 years. A big part of that was due to bad experiences in music ministry. I either played piano or sang in a vocal ensemble. We’d perform 3-5 songs per service, to set an atmosphere for people to optimally receive the sermon preached. I loved it. I grew immensely, formed lifelong friendships, and gained confidence on stage and in myself overall. But there were serious side effects.

“Music was my love. And because of everything I thought had to accompany my music, it became my burden. It just got stolen from me. I said, ‘What is this? How did this thing that I love so much so easily and so quickly become something I loathe and hate?” —Lauryn Hill

A friend told me “I hate you” sometimes just means “I used to love you.” It was too painful to talk about this stuff, but to get healthy, I have to. Some cuts don’t heal until you take the Band-Aid off. It’s too much to cover in one post, so I broke it into parts. This is an introduction to the series. Here’s a quick break down on the rest of the series: 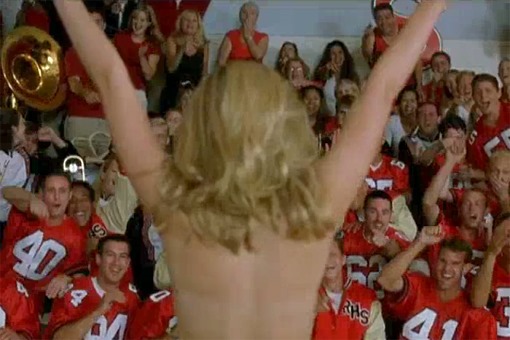 “Here we are now. Entertain us.” —Kurt Cobain

In music ministry, we’re instructed that our worship should be extensions of our authentic relationship with God. However, your authentic expression may be to fall to your knees and cry uncontrollably for 15 minutes at a time. When on stage in front of people, this becomes unacceptable.

As I understand it, worship is about genuinely loving your god and expressing that love in song, dance or whatever. But… there is an element of performance to it. God requires sincerity, but if the presentation isn’t right, people will turn their noses up.

ideal (adj)
1. conceived as constituting a standard of perfection or excellence.
2. existing only in the imagination; not real or actual.

We set an ideal example so people will join in. We are cheerleaders. And we are actors. Our worship on-stage is not unlike a TV dramatization. What’s being portrayed actually happened, but we only want to show the best scenes. Wait. I thought it was supposed to be authentic though? END_OF_DOCUMENT_TOKEN_TO_BE_REPLACED 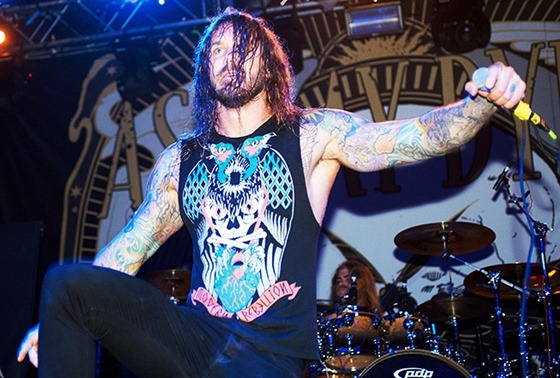 How did no one notice? I suspect a familiar naïveté helped this to happen. Worship leader Michael Gungor described it in a viral blog post:

“We really want the people on the stage…to have it together more than we do. Because we are messed up, we need them to be a sort of savior and hope for us. The result of this is…the people who are really good at pretending that they have it all together…make it to the stage and the book or album cover and the radio stations…

Rather than just being honest about where we are at and what we all struggle with…we look to our gatekeepers to…live morally vicariously for us.”

If you were to ask why Christian artists need to lie, the answer would be because Christians require it. When a believer asks you if you believe too, a plaintive puppy-dog-eyed “please say you do” is always implied.

The What Not To Say section of SuicideIsPreventable.org warns you not to ask questions in a way that indicates which answer you want to hear. It nearly invites dishonesty to say, “You’re not thinking about committing suicide, are you?” You might as well say, “This is what I want to hear. Please don’t tell me anything else, even if it’s true.” These are the things we like Christian artists to say… END_OF_DOCUMENT_TOKEN_TO_BE_REPLACED

I’m not the only one working out my salvation with fear and trembling. Today’s post comes from P_Heir, a long time friend and co-laborer in ministry. We served on the same worship team for years. So many of our experiences intersect each other. He’s putting his pieces back together too. It’s an honor to have him share some of his story.

I’m a preacher’s kid. PKs are trained to look as if they have it all together. “Grin and bear it.” “Fake it ‘til you make it.” But I lost my ability to smile as if everything is okay. While in the midst of planning one funeral, I found out I lost a dear friend. A day later, my father dropped dead of a heart attack. After getting that news, I had just enough strength to have this discourse with God:

“Why would you do this? My whole life is yours… I’m on your team! You’re foul! You murdered my father. Murderer! What kind of compassionate God would make a person endure three deaths in one week?”

No bolts fell from the sky, but when you call God a murderer, it’s safe to say you are upset with Him. Here’s my dilemma. I’m completely aware I fall short of His glory daily. Okay, okay… hourly. But what do you do when you feel God has fallen short? END_OF_DOCUMENT_TOKEN_TO_BE_REPLACED 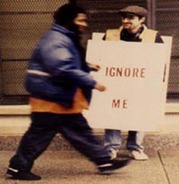 What kind of Christian song is this? I don’t recognize any scripture. These lyrics aren’t uplifting. They’re fraught with doubt! Preposterous! Jars of Clay must have fallen away from God because of their crossover compromising. I must call my local Christian bookstore and alert them right away before someone loses faith. Oh, Jesus be a compact disc recall.

Psych. I love this song. Adore it to the core, depressing lyrics and all. And though it’s the sullen cousin of a funeral dirge, the fact that it exists comforts me. That means someone else has gotten the silent treatment from God and lived to tell about it.