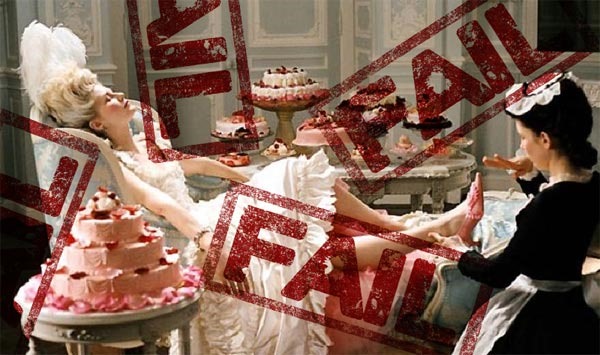 Initially, when my mom heard this opening line from Yolanda Adams’ “Open My Heart,” it turned her off. Apparently Yolanda’s confession wasn’t positive enough. Having weathered enough trouble for two lifetimes, I understand the aversion. But I disagree with dismissing someone’s truth as “negativity.”

“So I need to talk to You
And ask You for your guidance…
That’s why I open up my heart to You.”

Had she stuck around for the rest, she would’ve noticed ministry happening. But it didn’t sound positive, so it got passed up. The preoccupation with positive confessions is a byproduct of the Word of Faith doctrine, which since its 1980’s prominence has come under fire. I’d like to fire a couple rounds into it myself.

Get your hands dirty

I write about dirty stuff… ugly stuff. So I’ve run into more than one Christian who wasn’t thrilled with my perspective. One friend was sweet enough to confess, “I love your heart, but that’s not the kind of stuff I prefer to read.” And that’s quite okay. But if taken too far, it has consequences.

The reality is: if you preach that Christ loves and has a plan for everyone, you have to realize a plan for them starts where they are, not where you are. You may need to step down to their level. The Holy Spirit has been known to meet people in the most unlikely places. While high on cocaine. Having just left a rendezvous with a paramour. Maybe while still wrapped around said paramour. God isn’t afraid to walk into dark places. I wish his children were more like him that way.

Some Christians avoid me because I don’t talk the talk. “You gotta quote God’s Word.” “Put the Word on it!” Ulgh. Who has time to audition for the role of Guy Most Likely To Get Blessed #3? I‘m busy seeking my actual blessing. That requires me to assess where I actually am and what is actually going on.

How uncompassionate! That’s right up there with “They have no bread? Let them eat cake.” There is a sense of entitlement and elitism that separates believers into classes of those who are victorious and those who aren’t.

You ain’t got to lie

Some issues aren’t easily solved or smiled through. If I’m confused, frustrated, and unhappy, but I tell you “by faith I’m confidently assured, at peace, and walking in joy,” I could be implementing God’s word… but I’m probably just in denial. A faith confession that only serves to fool me and alienate you is more commonly called a lie.

Positive affirmations have their place in faith. But before you can say what it will be, you have to acknowledge what it is. People fear this reinforces the negative, but if you’re lost and you don’t say where you are, no one can help you. That’s like a kidnapping victim seeing someone who could rescue them or call the authorities, but they don’t cry out. I don’t know what you do, but listen… I cry.

The more I shout, the more some Christians turn their faces away from me. I find this odd. Jesus would have stopped.

9 thoughts on “Let Them Eat Cake: How to Fail at Christianity”