I met Robin No-Middle-Name Hill in 2002 through a mutual friend. She was something to behold: tall, svelte, and stately. A confident beauty. Her modelesque walk was a fluid dance of elongated, undulating curves. She kept a proud yet understated sensuality. Her brown skin, bright eyes, wide smile, and trademark honey-and-sunlight braids gave her a striking resemblance to my mother. She was warm, funny, snappy, flirty, and wise. I liked her instantly. I called her My Robin Bobbin. She called me Maaaahk.

She and I were among the nucleus of 12 who co-founded a church together. She was 40 then. Nothing about her indicated that she had recently recovered from two strokes. I was astounded. Her friends had already walked through the fire with her. I wanted to be that kind of friend. I promised myself that if anything ever happened to Robin, I would be by her side. I never told her this.

Last year, as she and I were headed to whoop it up at a Prince concert, she announced with a brave smile that doctors discovered the reason behind her debilitating headaches and seizures. Robin had a brain tumor. An immediate biopsy was scheduled, but a subsequent surgery to try and remove it would leave her with watery short-term memory, erasing the defining edges on the personality we loved so well.

With only a tenuous ability to keep a grip on where she was in time and space, Robin could no longer maintain the fearsome independence that marked her. The ability to work, drive, dress, and live as she was accustomed came to an abrupt, bewildering halt.

To provide care, her sister had to move her 2 hours out of town. We met only when she returned to L.A. for doctor’s visits. Robin and I planned to attend Sade’s Soldier of Love World Tour together before the diagnosis. I decided cancer wasn’t going to warp our plans, so we went to the Staples Center in October 2011. The show was amazing. She had a great time and told her sister all about the loud music and lights. She forgot it all a day or so later. 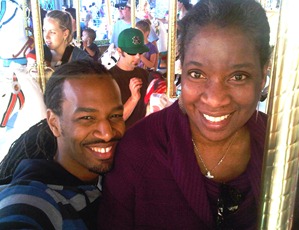 In January 2012, a friend and I took Robin to Disneyland. She was so excited! Again, we had a great time. We took our funny friend to her favorite place to eat overpriced food, ride rides, take pictures, and not worry about grown-up things. This too washed away from her memory in a few passes, like footprints on a shoreline.

In the physical realm, it was as if these things never happened. We could no longer bankroll a grand history together, as Robin’s mind could only afford single moments. But I hoped somewhere in a spirit place, she kept it all.

“Put it in your pocket,
Put it in your heart…
And if the world around you
Begins to crumble and fall…
Take my love with you.” —Bonnie Raitt

She was tellingly vacant the last time I visited her at home. She would gaze unaffectedly at the area where the television was, as if waiting for a bus. I would not again see even that much awareness in her eyes. 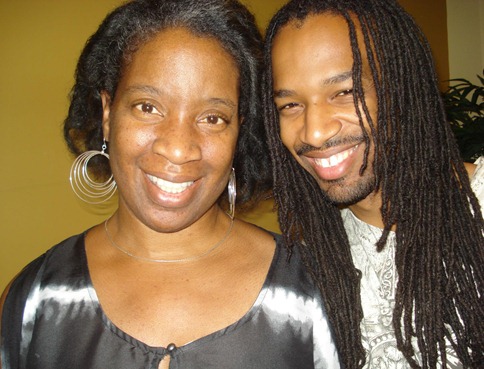 A week later, damage from a final series of seizures left her nonresponsive and virtually brain dead. She would rest under a heavy blanket of morphine for two days as friends and family filed through to kiss her sleepy face, pray, console each other, worship, and share funny anecdotes. Many, like me, drove an hour or more outside city limits, to present their love to her in person.

It seemed like our doting was in vain, but we watched her vital signs, noting every trend and change. Her heart rate and oxygen levels would strengthen and rise to defiant crests as visitors arrived. She seemed to let us know she was aware of our presence, and not quite as far removed as we thought.

I stayed with her for hours that now feel like minutes. And then I came back the next day and did it again. I wasn’t alone either. I didn’t feel the weight of long drives and tense wa

its. I wanted to make good on my unspoken promise. If her being could sense or feel anything, I wanted my love to be in her room within reach.

Wednesday, November 1, 2012, at 2:13am, I watched my friend Robin take her last breaths and ascend quietly from one world to the next. From our world to the best. I loved her. I miss her. But I hope she felt me there, and knew I was walking with her. All the way. Right to the end.

You will stay with us.”
—Gotye

9 thoughts on “In Memory of Robin Hill”